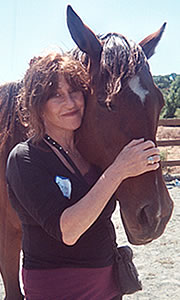 Penny Kreitzer was born in South Africa and studied Theatre, English and Political Science at the University of Cape Town, The Hebrew University in Jerusalem and S. F. State University.  She has an MA in Theatre and a Licentiate Speech Teacher’s Diploma from Trinity College, London.

Her experience in High Impact Communication Skills for Leaders, covers Fortune 500 companies, training sessions in Europe, South Africa and the Middle East, as well as workshops throughout the USA. She is faculty at the UC Berkeley, Haas School of Business and has served on the faculty of The Athena Women’s Leadership Institute at Barnard College in New York as well as many others academic institutions.  She has presented at the Haas School of Business Alumni Reunion, Yale University Learning Center Conference and Eli Lilly International Conference for Women Physicians.  A new endeavor is working with horses in equine assisted training.

As a professional, award-winning actress, Ms Kreitzer has performed at The Berkeley Repertory Theater, American Conservatory Theater, The Aurora Theater, Gloucester Stage Company, Shakespeare & Company, The HB Studio. Since 1974, she has been a member of the Roy Hart Theatre, France. She created and performed 16 characters in “The Actors Rehearse the Story of Charlotte Salomon.” 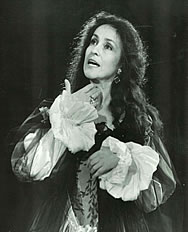 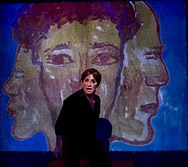 Charlotte in “The Actors Rehearse the Story of Charlotte Salomon”
“This is wonderful, thought-provoking theater  meticulously crafted and presented by a fearsomely talented and engaging actress. Kreitzer gives ample sampling of her own lovely contralto singing voice. We also listen and watch as she gives voice to a total of sixteen characters on stage – male and female, old and young, from different ethnic and linguistic backgrounds.” — Reviewed by Gail M. Burns, June 2009

“I’ve worked with Penny as a faculty member and a personal voice coach for several years. Her technical process and physiology-based approach are unique and incredibly impactful. I, and my students, have seen a dramatic change in my ability to communicate in a compelling, authentic and well-paced manner.”